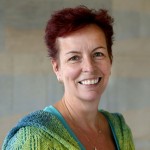 When is a bilingual an attriter? – Bilingualism as a two-way street

Despite increasing evidence from psycho- and neurolinguistic investigations that multilinguals use and process all of their languages – including the native one – differently from monolinguals, there remains a strong bias in research and theory towards L2 development and L1-to-L2 transfer. The prevalent assumption is (still) that the native language, once completely acquired, is immune to change. On this view, the process we refer to as ‘language attrition’ only takes place when underlying representations are affected, and is confined to relatively few extreme situations of very long-term disuse of the native language. This presentation will discuss to what extent first language attrition is part and parcel of the overall process of multilingual development, to what extent it is shaped and constrained by external factors (such as age at learning or frequency of use), and whether it is possible to distinguish attriters from non-attriters. 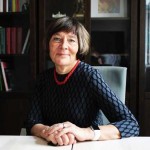 Research writing in change: the influence of English as a Lingua Franca

Academia is struggling with enormous changes in a globalized world where mobile students and researchers increasingly acquire their education and make their careers in different locations at different times. English is the unquestionable global lingua franca in this complex and fast-changing universe. It is an additional language to the vast majority of researchers, and most English-language academic publishing comes from countries outside the Anglo-American sphere. Against this background, we need to re-think the kinds of English that are most appropriate for present-day needs. We must ask what kinds of texts work best in the context of a variable, heterogeneous and changeable global text culture that incorporates a complex mix of cultural and linguistic traditions. In this talk I discuss determinants and effects of change and look into academic texts written in English as a lingua franca by researchers from diverse backgrounds. I argue that in the context of writing for a global audience, the notion of ‘a good text’ must embrace rhetorical and lexico-grammatical variability and accept that norms and standards are increasingly emergent and take place without top-down regulation. 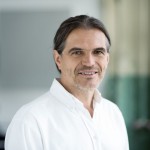 Multilingualism and the Media:
Identifying Critical Issues and Scrutinizing Ideologies of Research

Throughout communities, humans have used language and languages to communicate through media. The contexts and practices of using languages and media have been changing, though, with developments such as mediatization, digitalization, and globalization.
To what extent and how this interplay and change can be understood and illuminated depends on researchers’ ideologies, theories, and methods of analysis. So the keynote begins by critically and historically contextualizing the topic and its investigation and explaining the choice of practical examples.
After developing working definitions of the key concepts multilingualism and media, I outline three layers of the interplay between these two concepts: a macro layer of sociocultural change; a meso layer of organizational design; and a micro layer of agents’ individual practices of language and media use.
Throughout these layers, scalable dimensions of the interplay between multilingualism and media can be observed: the paradigmatic, the syntagmatic, and the contextual dimension. They serve as an organizing principle to discuss relevant contributions to the field and to identify critical issues.
I argue that future research has to elaborate on the dynamics and complexity of multilingualism in the media in order to explain how, by whom, why, and with what consequences it is practiced. This also implies that practices and ideologies of research on multilingualism and media need to be reconsidered.